Like it or not, likes are likely going away.

What’s the goal? To remove a vanity metric that people use to compare themselves to others and make social media a much better place for everyone.

Now, this doesn’t mean that likes are going away completely. You will still be able to like pictures from your family and friends and the person who posted it will be able to see how many likes they have, but you won’t be able to see the total number of likes on someone else’s post. Here, check out what it might look like for yourself. 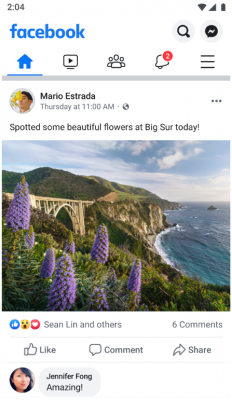 While it seems that Facebook and Instagram are leading the charge, we would expect to see most other social media platforms right behind it. The general sentiment from users and influencers has been positive as well, meaning that the likelihood of these changes eventually taking place is pretty high.

Whether you are for these changes or against them, there is only one major question to ask yourself. What does this mean for your social media strategy and your business?

Algorithms are changing and comments are king

If you haven’t heard, organic reach is all but dead on both Facebook and Instagram. It’s really hard to reach people, even your own followers, with your content in their newsfeeds. So, what decides what content does end up getting seen? Algorithms.

We have talked about algorithms before, but to make a long story short, it’s the set of rules for how social media platforms figure out what content they should show you and what content is junk. They do this by mixing together a bunch of different factors including likes, comments, and shares to determine what is worth showing you and what isn’t resonating with others.

So what does the removal of like counts mean for this algorithm? In my opinion, it means that Facebook and Instagram are deprioritizing likes as a part of that algorithm.

And this makes a ton of sense. Facebook has talked at length about how important it is to them to get Facebook back to its original glory of being a true social media platform. That means that forms of engagement that are more in line with that goal, become more important in the algorithm.

What this means for your strategy is that you should be creating content and forming your posts to encourage comments and discussion. Long gone are the days of “begging” for like by creating contests and “like if you agree” polls. In order to get reach on your posts, you are going to have to encourage and gain real engagement from your followers and you have to adjust your strategy accordingly.

On the Instagram side of things, this is great news for those companies that are really trying to utilize influencers as a part of their strategy. While many influencers are authentic and you can get a lot out of utilizing them, there are many that are fake and use some “not-so-nice” ways of getting followers and likes. By removing likes as a metric for evaluating influencers, you will be able to tell which accounts are legit and which ones might be faking their engagement to get endorsement deals from unsuspecting brands.

In addition, it will hopefully change the way that brands value their accounts.

Now, this point comes from a little bit of a personal place. We had a client that left us to work with a company out of Thailand that promised him thousands of followers and likes by using some unsavory methods.

The owner got caught in the exact trap that these platforms are now trying to prevent. They were so focused on like and follower numbers that they were willing to do anything to get them, including working with a company overseas that wasn’t able to provide nearly the level of service and content creation that we offered.

We don’t see follower counts going away altogether (even though we saw Instagram reduce the size of the follower count on accounts recently), but not showing the total number of likes on a post is a huge step in the right direction and allows you to focus on what matters: audience engagement and converting followers into sales.

What do you think? Do you like that these platforms are taking a stand against likes? Is there another better solution?

No matter what you think, there could be huge impacts on your strategy that could separate you from the rest of your competitors. While these changes haven’t gone into effect yet, we already recommend this type of strategy because comments are already valued so much more than likes. Having this strategy that encourages engagement in place will save you a lot of headaches and heartbreak later on!