My Nieces Asked Me To Make Them YouTube Famous

In middle school, we had “career day” in our class. Everyone got to dress up like whatever they wanted to be when they grew up and had to write a little essay about the job. There were doctors, police officers, firefighters, and all the other cliche kid jobs represented (I wanted to be President by the way).

Man how things have changed…

My youngest niece Delaney had something similar at her school. Did she want to be a doctor? Nope. A businesswoman? Nope. 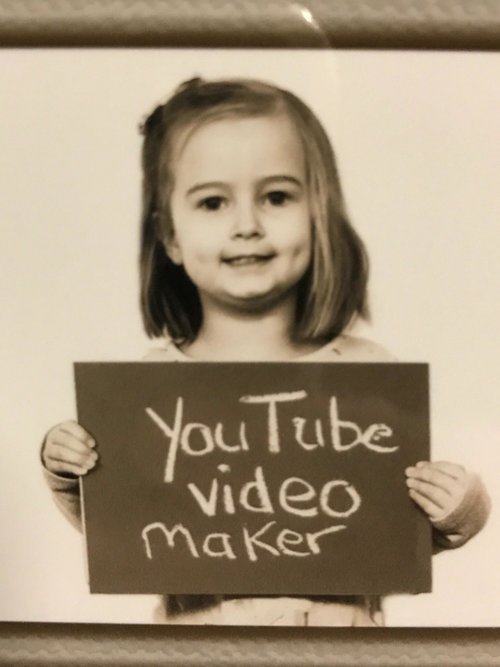 Is that even a real job? Sure enough, it is, and it’s something that kids all across America are striving to become. They no longer want to be on TV or in the movies, they want to have millions and millions of subscribers on YouTube.

Being on vacation with them a few months back, I got to watch them first-hand as they gazed in amazement at different “Kids YouTube” videos of their peers making slime, doing silly challenges, or interacting with their parents. They didn’t want to watch the Disney Channel or put a movie on Netflix when they wanted to relax…They wanted YouTube.

And they aren’t the only ones. We live in a time where the biggest social media stars on YouTube and Instagram are making millions of dollars a year just for creating videos while they do ridiculous challenges or review products. For example, the biggest YouTuber of 2018, Pewdiepew, made 15+ million dollars on the platform, and that doesn’t even include any sponsorship dollars he very likely made along the way.

Some of the biggest influencers on Instagram can charge tens of thousands of dollars just for a single sponsored Instagram post of any product or service.

All that money is only part of the draw of makes my nieces want to become YouTube stars. The rest of the reason is simple – It’s actually obtainable. Think about being a kid and wanting to become a movie star. Once you got a little older, you realized you would have to put in a lot of work, move to Los Angeles, takes classes, make connections and even then if you didn’t have the right look or skill it would be for nothing. Now, all it takes is one video that is seen by the right person and you could go viral.

Why is this important to you, the reader, who might own a small business? The attention of the next generation of buyers isn’t on TV or in the movies – it’s online! Kids are striving to become social media stars and already know how to use the system. If your business isn’t ready to take advantage of that, you are going to be sorry when my little nieces have some buying power in the marketplace. This isn’t some silly trend or fad. This is an entire generation of people that have been born and raised to consume all of their content completely online.

To my nieces, what this really comes down to is fun. They make their videos with their babysitter as a way to kill some time and have a little fun. Do they still want to be YouTube famous? Absolutely! But at the same time, they are having a lot of fun playing the part.

It was a blast getting to talk to them a bit about their channel and what types of videos they were going to make. Watching them work their brains creatively made me one very proud uncle. We talked about their channel name, how they should come up with original video ideas and not just do what they saw other people doing, and how to have a ton of fun doing what they are up to right now.

But of course, word has spread that their Uncle works in social media marketing.

When it came down to it, the question was asked “Uncle Kevy, Can you make us Youtube famous?”

No promises, but I will sure try my best! 🙂